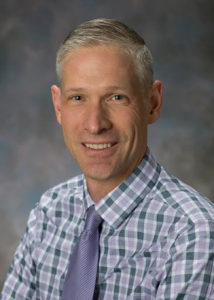 A Portuguese proverb says: “God writes straight through crooked lines.”  It describes the ministry experience of CBAmerica chaplain, David Kuntz.  As a young man, David observed the skilled, compassionate care rendered by a retired military chaplain at his Veteran grandfather’s graveside military burial honors.  It was there he saw himself one day as a military chaplain.  After a number of years as pastor, he became the chaplain at Nationwide Children’s Hospital in Columbus, Ohio.  Recently, at age 42, David took the oath of commissioning as a chaplain in the US Army Reserve.

Excited to share the news of his church commissioning ceremony, he sent me this email:

Last week I had my commissioning ceremony at Linworth Baptist Church, Worthington OH where I am a member.  They filmed my story with a professional photographer and showed it to the congregation.  They did a great job.  After showing the video my Pastor Brent Miller prayed for me.  I walked down from the platform and I received a standing ovation.  It was so humbling.  It was a day I will never forget.  You can watch this video on Vimeo:  https://vimeo.com/163151622/27ab36a360 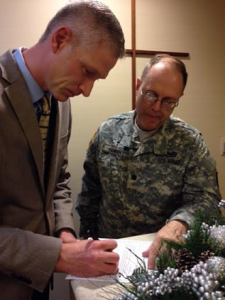 I will be leaving for Chaplain Officer Basic Officer Leader Course (CHBOLC) Success Training at New Orleans on May 1st.  Then I will leave for CHBOLC in Fort Jackson, SC the end of May and return mid-August.

Chaplain Andy writes:  “My heart warmed as I watched David’s testimony on video.  In his 2015 Year End Report, he sent photos of many aspects of ministry in a major children’s hospital, to include zany shots of him as “Elf on a Shelf” and “Super Chaplain!”  I kid you not. (Evidence included) 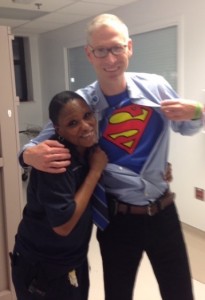 There’s a spirit of adventure, audacity, courage, humor and deep reverence in our CBAmerica Chaplains.  From the hospital chaplains who log 1200-1500 patient visits biannually, to prison chaplains who are baptizing hard core criminals by the 100’s yearly, to volunteer fire and police chaplain-pastors who support first-responders and victims of homicides and fatal vehicle accidents, to military chaplains in dangerous, undisclosed locations on land, sea, and in the air – and all points in between.  And let’s not forget recently retired Army Chaplain Dennis Newton who walked 2180 miles of the Appalachian Trail with a new generation of Veterans seeking to find the trail home on Warrior Hike 2015!  I am genuinely amazed!

Join me in praying for Chaplain (Captain) David Kuntz as he heads off to Army Chaplain Training.  He already knows how to be a pastor in church and a chaplain in a huge medical center.  Now he must learn the customs and traditions of military service and how to uniquely serve those in our nation’s Armed Forces.  Pray for the ability to catch on quickly, stay healthy and safe in physical and field training exercises.  Ask God to help David to be a helpful comrade and shining light to all he meets along the way.  David is one of several CBAmerica Chaplains with endorsements in two distinct ministries.

While you’re at it, pray also for CBAmerica’s other 168 chaplains serving across the nation and around the world.