Diving Deep in a Desperate World 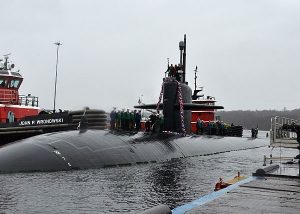 By Chaplain Darin Dunham, US Navy, with Andy Meverden

When I don’t hear from a chaplain, I don’t panic, but I do pray for them, as it’s likely that something significant is going on.  Such was the case with Chaplain Darin Dunham, US Navy, assigned to a submarine base.  Rather than paraphrase what transpired, Darin gave me permission to discreetly share his communication.  Darin recently wrote:

Been crazy here, I just transitioned down to the “waterfront” to my new assignment on a Submarine Base. Now instead of supporting schools and training for new submariners, I am supporting the boats themselves.  Already love the people I work with, and is closer to my heart strings than my last assignment.  God is clearly planning my steps in front of me. 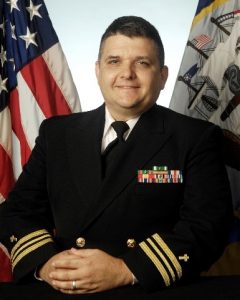 But I did want to write to you special, as we just had another suicide on-board a US submarine (Like the one pictured above) two days ago. I was down with the boat at 3am as soon as I heard, talking to the watchstanders, and pretty much stayed with the boat all throughout the day.  The following day I spent at a hospital about an hour away when his family arrived.  He was still alive but brain dead.  They waited till 11pm when the last family member arrived and then took him off life support and he passed.  Family were not believers, but I did have an opportunity to bond with them during the day and, at the moment of passing, they asked me to pray.  The crew is getting a lot of attention as they called in Critical Incident Teams including my Force Chaplain from Norfolk, but they have left now.  I am preparing for memorial service on Monday which has been a challenge because I am not completely unpacked and looking for my notes and references.  They hurriedly scheduled a memorial service, but it is necessary for operational requirements.  Family members likely to be present last I heard.

Tragic circumstances; but ministry is as rich as it can possibly get. I’m running on fumes but good as I know it’s just a short season and time to decompress will be available.

Asking for your prayers for boat and for myself, that God would be manifest in many ways and touch hearts. Darin”

Darin explained that he had yet to fully set up his office and didn’t have access to his files; so he asked me if I had any resources handy to send in preparation for the unit memorial. Fortunately, I have a full file, so I sent him back some outlines, readings, etc.  Next came his reply: 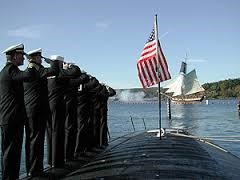 Thank you so much for the funeral reference material and prayers.  Good stuff!!  With your permission, I will file these for future reference.  The service was planned so quick, too quick, that I couldn’t really look at it till after the memorial service.  We had the service yesterday, three days after he passed with 14 family members in attendance.  It adds an extra dynamic when family is present; as I am trying to address the crew and their grief but must focus on family if they come; but it went well.  Family were not believers.  The Sailor was on watch right after the 4th of July and went topside by the ship sail and used his service weapon to take his life.  I remained on board the rest of the day, and attended the all-hands meeting when the Commanding Officer broke the news to the rest of the crew.

I crashed later that afternoon, as I was up since 2 am, but my other chaplain went to the hospital later that night to meet mom and some family. Service member was on life support, but it was doubtful his mind was functioning.  The next day I went back to the boat early, and then met with liaison to begin preliminary service planning as outcome was already known.  Later I drove to the hospital and was with the family from 2pm – 11pm when the last brother came in from out of town.  At that time, they removed him from life-support and he passed.  During that time, I bonded with the family, offered prayers, and ministry of presence.  At the time of death, they asked me to offer a final prayer, which was a little surprising as they clearly were not religious.  Grief counseling has been hot and heavy with members of the boat; still got phone calls last night.  Boat is heading out shortly which is why some elements of the service were so rushed.  I was looking for an opportunity to ride with them but they have an imbedded mental health specialist going out.

That is sort of been a private frustration. The chain-of-command has been pushing the psychologist engagement, but the chaplains were there first and longest on the boat, and have the best rapport with the crew.  We were the ones stepping over gore to get to the mess decks at 2am when no psychologist was to be seen.  We were the ones that were spending 8 hours with family till time of death and ones following up but the focus now is “how can we get the mental health folks out there.”  On one hand, I get it; that is the DOD first line of defense to unplanned losses due to suicide, but you and I both know the power of the chaplain (influence) remains unprecedented.  Nothing replaces being and walking with your people where they are and in what they are going through, “getting dirty” with them.

It’s all good. I’m a little emotionally fatigued but the heavy stuff is over and things are balancing out a little more every day.  A pat on the back from my superiors would have been nice, but, they are focused on lessons learned and deficiencies right now and they are not looking at the chaplain’s role.  The boat’s Commanding Officer (CO), Executive Officer (XO), and Chief of the Board (COB) are deeply appreciative.  The CO even asked me to help with notes for his address to the crew at the memorial which I was happy to do.  At the fellowship following the service the CO’s wife found me and told me the CO appreciated so much all that the chaplains had done, and that was when I realized the depth of his anxiety and stress which he wasn’t showing.  That was a good and encouraging moment.

And I thank you for your prayers and encouragement.”

One final exchange with Darin shows a glimmer of hope regarding that which matters most: 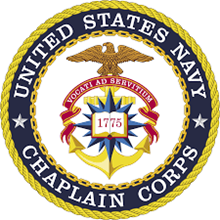 I have no issues sharing the saga. I understand the value of sharing with those that cover us in prayer and support.  I also have trust in you to cobble a report together, if you would be so kind.  You have “been there and done that.”  I could eventually get to it but I think it might be later than what’s ideal, as I am heading out to the boat again today.  They may or may not be underway sometime soon.

It has been a revolving door of sailors coming to talk, there are two categories. Some are young enough (20, 21) that this is their first up-close-and-personal encounter with death, and it’s scary.  The second group are those that have faced trauma in the past (someone they knew committed suicide etc.) and this incident is a trigger.  Yesterday I had one young man who was a believer and grew up in a God-fearing home, but had drifted.  He was shaken and we talked over two days, he’s revitalized his faith and is making efforts to get back on track.  He may even be a future lay leader for me in time.

Here is the “fun” part; Mental Health Lieutenant called me last night asking for advice!! It’s his first rodeo and he’s going out with them.  Based off what I shared above, I found the irony thick.

Only one real hot personality sailor issue, doesn’t want to go out, but he will. I’m worried a little, not a mature individual and was volatile the other morning with his senior enlisted supervisor.  Grief kicking in and filters gone.

Selfishly, although I volunteered to ride, I am glad underway is coming up as it has been non-stop. I’ll catch my breath and re-engage when they return, which won’t be overly long.

Our military chaplains (as do all our chaplains), are literally fighting for the souls (and the very lives) of our men and women in uniform every day. Darin’s recent experience underscore’s the inestimable value of prayer for the ministries of our chaplains.  Incidents like this are tragic and stretch our chaplains to the max.  Your prayers on their behalf unleash the power of Heaven in this ongoing spiritual battle.

Keep Chaplain Dunham and his Submarine Sailors in your prayers. One has already rededicated his life to Christ.  Others still need to find their solace and strength in Him…up to and including the CO, XO, and COB! (Do you remember who these acronyms represent?)

A special thank you to those who support CBAmerica Chaplaincy with your prayers, notes of encouragement, Care Package, and financial support. Frankly, we couldn’t do it without you.

For more stories of “God stories” of our 190 CBAmerica chaplains, see www.cbamerica.org/chaplaincy.  For information on what it takes to be endorsed for ministry in chaplaincy, contact our director, Andy Meverden at chapandy@cbamerica.org