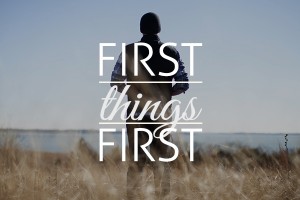 George was a top salesman for Logical Solutions, a software programming and services company. His peers recognized his effectiveness and respected him as a salesman and co-worker. George’s Achilles heel was a bad memory. He had a well-earned reputation for being forgetful. His co-workers found his forgetfulness amusing, but it drove his supervisor nuts.

One noon-time, as George was heading out for lunch, his supervisor asked him to pick up a copy of The Wall Street Journal on his way back from lunch. As the door closed behind George his supervisor looked at the others and said, “Ten bucks says he forgets the newspaper.”

About an hour later George burst through the door, whooping, hollering and waving his arms in the air. He shouted to all within earshot, “You aren’t going to believe this, but I just ran into old man Benson. When I started here he was our largest account. It was a huge blow when he moved his business over to Digitec. We got to talking and I learned he was very unhappy with Digitec. Used my tablet, logged on to our website and right then and there he placed a $350,000 order for services over the next six months.”

George’s fellow-workers hooted and hollered, giving George high-fives and pats on the back. When the celebration died down, his supervisor, who had been strangely silent up to that point, looked at everyone, threw his hands up in the air and exclaimed, “See, I told you. He forgot the newspaper!”

The story reminds us of how easy it is to lose sight of our priorities. In my working with churches I often find the biggest hindrance to their ministry effectiveness is that they lost sight of the priorities. Indeed, one the most important roles for leaders is to help keep “the main thing, the main thing.”

So what are the “universal” priorities that all churches should keep in their sights? What are the “first things” that are essential for a church to keep first if it is to be healthy and effective?