Instant In Season and Out of Season 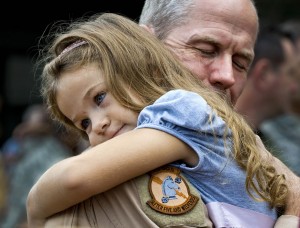 Chaplain Tim Miller, who pastors a church in New York State, and is a member of his State’s Army National Guard, has been tasked to fill in for a chaplain who is physically unable to deploy.  Tim and his wife, Jami, have a heart for ministry. They met overseas, married, and have jointly ministered to the military ever since.  Pray for Jami, herself a Staff Sergeant in the New York Air Guard, and their two daughters, who will miss their daddy for about a year.  Pray also for the church who will be giving up their pastor.  Pray for a suitable interim pastor.

Chaplain Matt Hebebrand, recently transferred with his expecting wife, Julia, and their three other children, got orders to deploy, soon!  Thankfully, the move was smooth and his family is finding Ft Polk, “not as bad as people made it sound like.”  Pray for Matt as he will be doing “team-building” on the fly.  He asks that “God’s favor would rest on me with all those who I am called to minister.”  Matt’s biggest concern is that Julia is due to deliver while he’s away.

Put yourself in their shoes; as husband, dad, pastor leaving your church and family…and not for a week or two, but over a year.  How would you want others to pray for you?  That’s a good starting place.  Join me in daily prayer over the next couple months for these two chaplains and their families.  Not only for their separation, safety and survival, but for strong, healthy Spirit-directed ministry at home and abroad.