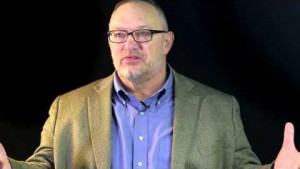 About 30 years ago, two Navy ships were approached by refugees begging for rescue who had escaped Vietnam in underequipped boats. At the time, so-called “boat people” rescues had become so frequent that they were taking Navy ships from their missions. Officers were directed to rescue refugees only when their crafts were not seaworthy.

Capt. Corwin Bell, in command of the USS Morton, a 415-foot Navy destroyer, decided to pick up the refugees since a storm was approaching. He was later reprimanded.

Capt. Alexander Balian of the USS Dubuque, a 16,500-ton amphibious transport vessel, decided the refugees’ wooden junk was seaworthy, gave them ample food and water and sent them on their way. Crew members reported pushing the desperate refugees off the lines as they attempted to climb aboard the Dubuque, the only ship that had stopped to help during their weeks at sea. When the junk’s survivors finally reached the Philippines, newspapers there reported that some had resorted to cannibalism after again running out of food. Balian was court-martialed and resigned his commission.

Decisions like these have a lasting impact on everyone involved and can affect the brain in the same way as posttraumatic stress disorder (PTSD), causing physiological and psychological damage, a phenomenon known as moral injury, says Dr. William Nash, a retired Navy psychiatrist. Moral injury likely affected many of those aboard the Dubuque or the junk that day, he said.

“Think about all of the people who were scarred for life or lost their lives because of this moral choice,” Nash told some 300 military chaplains and psychological health providers during a meeting of the chaplains working group, hosted by the Defense Centers of Excellence for Psychological Health and Traumatic Brain Injury. “It’s tragic, but it’s not unique. I’m sure we all know of choices that seem small at the time but end up having huge moral consequences.”

The term moral injury was coined in the aftermath of the Vietnam War, when psychiatrist Jonathan Shay, then with the Department of Veterans Affairs, used it to describe the reactions of Vietnam veterans to atrocities committed or condoned by their superiors. Nash and others have since extended the term to describe what service members experience when they themselves commit an act that violates their own beliefs—for example, when a service member kills a child who is shooting at him. Working group attendees offered other examples: cutting off the ears of fallen enemy combatants as souvenirs; not stopping to give food or water to civilians who may be concealing an improvised explosive.

Moral injury is not clinically defined nor captured as a formal diagnosis, and no clinical practice guidelines are available for it. However, health care providers in the military often address moral injury when treating a psychiatric disorder. Chaplains, frequently the first resort for service members struggling with moral issues, also counsel service members who experience moral injury.

Nash offered tips for treating and counseling service members with moral injury. It’s important to understand that the emotion underlying the injury is not fear, but shame, guilt, or outrage, he said.

Psychiatry defines PTSD as a fear-based reaction that can occur after a life-threatening event such as battle or rape. Exposure therapy, in which patients repeatedly relive the event to lessen the fear reaction, has been clinically shown to be effective for PTSD.

But exposure therapy can actually worsen moral injury, Nash said. Moral injury patients need to experience not safety, but forgiveness. Chaplains and behavioral health counselors can assist by helping them understand how much blame to bear (patients may either deny all blame or exaggerate their responsibility for an event), learn to tolerate their intense negative emotions, and figure out how to become useful members of their communities or make some other form of restitution. Other techniques used in treating PTSD, such as improving physical health, group therapy, or religious practice, can also be helpful, he said.

Moral injury has become a loaded term, in part because some see it as a judgment on the person who experiences the injury. In fact, Nash said, patients who experience moral injury are likely to be highly moral.

“Psychopaths don’t experience moral injury,” he said. Service members, with their ideals of duty and honor, may be especially vulnerable to this kind of injury, Nash said.