On the Road, Again!

By Chaplain Tom Pousche, Chaplain to Transit Workers…and the World!

General elections were held in Kenya on 8 August 2017 to elect the President, members of Parliament and devolved governments. The reported results indicated that incumbent President Kenyatta was re-elected with 54% of the vote. His main opponent, Raila Odinga, refused to accept the results and contested them in the Supreme Court. The results of the presidential election were subsequently annulled and fresh elections were ordered to be held within 60 days. It was later announced that a new election would be held on October 17. However, the results of the parliamentary and local elections remained valid. The date for the presidential election was later changed to 26th October 2017. Despite the ruling for a new Presidential election, Odinga later announced his decision to withdraw from the repeat election on October 10.   https://en.wikipedia.org/wiki/Kenyan_general_election,_2017

During this political upheaval, Chaplain Tom Pousche arrived on a ministry trip to Kenya.

Elections in Kenya: Due to possible violence & killings in nearby Kisumu, Kenya, I was unable to facilitate two scheduled conferences and teach an Ethics Counseling Class. However, I was placed on a Debriefing Counseling Team, which allowed me to assist in diffusing some of the high tensions and possible killings in the streets of Kisumu. The good news; that election was nullified. Chaplain skills were modeled and trained.

Evangelism: One of my supporters (a Navy guy who served with me on the island of Guam back in 1969), and who also was a member of the Christian Servicemen’s Center, supplied me with a box of Bible tracts to take to Africa. He purchased & shipped the whole box for me. These Bible tracts were written in Swahili and were well-received; in the market-place and in the slum section where the very poor live. I’m scheduled to fly to San Francisco, California to meet him, and to minister in his home church. We haven’t seen each other in 48 years. Totally unbelievable! 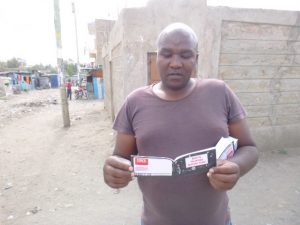 Chaplain Jared: I was scheduled to speak at his church and to facilitate a conference in Awendo. However, due to the possible violence and road closures due to the elections, those engagements were postponed until next year. I have spent a little time on the phone with Jared, and he has given a positive report on his church growth, and he has also facilitated two chaplaincy committee meetings since I left Africa.

Illness: Due to an unfortunate illness, I was forced to return for medical treatment in America four weeks early. After a couple days in the hospital, I had surgery that went well. I’m due for another surgery in November which will put closure to this illness that forced me to return. 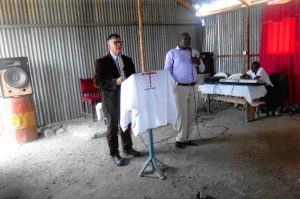 Salvations/Baptisms: This past year, I had the privilege in leading many to the Lord through conferences/Crusades in Kenya. I was also involved in helping to baptize 36 individuals in Awendo after preaching an expository message, and teaching a Baptismal class. It was such a rewarding experience to see Chaplain Jared’s church grow and mature. In fact, his church has grown so much, that Kathy and I purchased several sets of chairs to accommodate all the people coming to attend his church. 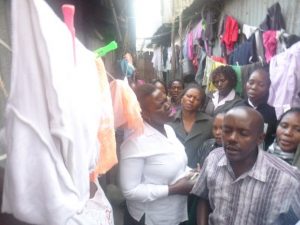 Biggest Blessing: A young 16-year-old African girl attending a girl’s boarding school woke up in the middle of the night to discover her dorm on fire. She woke up 12 young girls and helped usher them safely outside. However, there was one more girl in the dorm and she went back in to help wake her up. As a result, she burned up alive. I was honored to go to the poorest place on earth (Kibera—The largest slum area in the world, where her single mother and big brother lived. It was there I was asked to minister. It was a complete joy to teach the Scriptures on the importance of “Mountains & Valleys.” The 20 African ladies who were by my side had not a dry eye. It was a moving experience I shall never forget. This little teenage girl was a true hero.

I simply enjoy the ministry that God guided me to in Kenya. I’m working on my 5th year with scheduling my 12th trip with Kathy in July-August of 2018 (Matthew 28:19-20; John 15:16); and can’t wait to get back in country, preaching the Word of God to a most precious people.

Dr. Tom Pousche is a “retired” transit chaplain with masters of divinity, and a doctor of ministry degrees. A writer, chaplain trainer, and inspirational speaker, he still enjoys driving (and test-driving) big trucks, and taking long walks with his wife, Kathy. The Pousches are residents of Camas, Washington, when they’re not traveling and ministering, including of all places, Africa!

For more stories of chaplaincy ministry, in the US and abroad, go to www.cbamerica.org/chaplaincy. For information on chaplain endorsement, contact Andy Meverden, CBAmerica’s Director of Chaplaincy at chapandy@cbamerica.org.