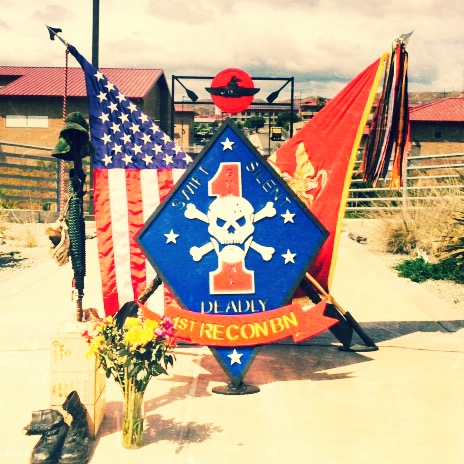 Photo is of the Vietnam Marine RECON 50th Anniversary Memorial

This past April, over 200 Vietnam Veterans gathered at Camp Pendleton to commemorate the 50th Anniversary of the involvement of Reconnaissance Marines in Vietnam. It was a bittersweet time for many of these men as they were able to reconnect with old friends, but were also reminded of their brothers-in-arms who paid the ultimate sacrifice.

One of the highlights of the reunion was a Memorial Service that was held for all Reconnaissance Marines who have been Killed In Action since the Vietnam Conflict. It was a moving ceremony that focused on honoring the memory and sacrifice of these great men.

As the chaplain of this service, I was humbled to be in the company of so many heroes. As I was shaking hands with people following the service, nearly everyone commented on how meaningful it was for them to set aside some time to remember their friends. I pray that they found comfort in this remembrance and that the Lord used that time for His purposes in each of their lives.

The service ended with these words, “May we take heart in these solemn moments, for each of us will one day be brought to the grave. May our trust be in Him who said, ‘I am the resurrection and the life. Whoever believes in me, though he die, yet shall he live, and everyone who lives and believes in me shall never die.'”