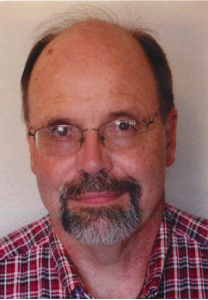 It was getting late in my day. Almost too late to see any other patients. But this one last guy seemed very important. He was a referral from another chaplain.

I had tried once today already, but visitors were in the room. That was definitely not the time to process pain with a patient. It’s often better to try at least the initial process with just the two of us.

This was pretty much my last opportunity for the day. One last shot. I have the next two days off.

So I went back up to the sixth floor again. I waited outside the room for quite a while as staff met his physical needs. As the nurse left and I identified myself she said “He seems to be more calm than he has been. This is a good time for a visit.”

And it was. When I introduced myself to Gary, I saw what I took as a look of relief on his face. Well, maybe mixed in with a bit of concern as well. After all, he didn’t know me or what I was there for. But he admitted needing help. He was confused and just did not know what was going on.

One thing for sure: he was afraid. He mentioned that he and his wife had been pastors many years ago. But now that time was long gone. And so was a lot of his health. And, it seemed, some of his hope was now missing.

Now he just had a lot of questions and concerns. Why couldn’t he think straight? Why did he think about wanting to die? And now he was afraid that God might not love him anymore or be happy with him or…or…he did not know what else. He just knew he was afraid.

I’m imagining he was waiting for a bit of judgment. The “I can’t believe you could be a pastor and not be able to . . .” That didn’t come from me. Instead, we normalized his concerns. Of course we feel fear when we are threatened, facing the unknown in our life, the loss of so many things we are used to. Who wouldn’t? Fear is the first feeling we feel in times of stress. Who am I now? What have I lost? What do I still have?

So, what to do? Stay there? How do we get out of that uncomfortable spot? Instead of focusing on our fears and failures, we centered on our Savior and his sacrifice. As I reminded him of God’s great love which never changes towards us he was able to find peace and calm.

We talked of the instructions of Jesus to a church in the book of Revelation, which gives us two things to do in the midst of trials and tribulations—let go of fear, and hang on to faithfulness. In doing that we focus our thoughts where they ought to be, to a place that helps us weather these storms.

As I often do, I sang him an old song. In fact, this one was from over fifty years ago, entitled “Over the Sunset Mountains.” That song talks about someday softly going to the arms of Jesus, the one who loves us so much. That will be a time when the trials and troubles will be over, the confusion and concern will pass, and the wonderful presence of Jesus will be there forever.

This is the hope, the thing that gets us through the hard days. These days will pass because they are temporary. Good thing. We have placed our hope and dreams in this savior, and someday soon we will see this come to pass.

Now that his focus was again in the right place, his face showed the calm in his heart. His words of gratitude were quick to come. His relief was palpable. Our prayer together was warm and real. What had I given to this man during this visit? Well, I had not given him faith. He already had that.

Later I thought of an old hymn from my childhood that seemed appropriate. It asks the question, “Will your anchor hold in the storms of life?” It’s a good question. But the question is, will it? That’s not just a theoretical concern.

Well, in this case I didn’t have to throw him an anchor. I just helped him tighten up the line on the one he had been attached to for so many years so that he could quit bouncing around so much in the waves! And as that took place he was able to find peace, the kind that “passes understanding.”

Get some rest, my friend.  Jesus won’t ever let you go!

Across our nation, over forty CBAmerica chaplains serve in healthcare chaplaincy (hospital and hospice). They are a comforting presence and reminder of God’s loving care for the injured, sick and dying, and their loved ones.  For more stories of effective ministry in this and other chaplain specialties, go to www.cbamerica.org/chaplaincy.  For detailed information on educational, training, and clinical requirements for endorsement as a chaplain, email Andy Meverden, Director of Chaplaincy at chapandy@cbamerica.org.