Send Us Your Best: CBAmerica’s Newest Army Chaplain Checks-Out & In 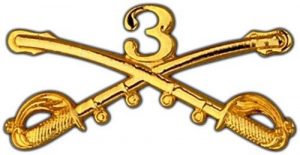 By Chaplain Phil Persing, with Intro by Andy Meverden, Director of Chaplaincy

Every time we endorsers meet with the Military Chiefs of Chaplains; we hear the same thing: “Send us your best! We need your best!”

After ten years on the staff of First Baptist Church, Juniata, Pennsylvania, Pastor Phil and Beckie Persing (and their five sons) followed the Spirit’s leading into the Army Chaplaincy.  The first time I met the Persing Family was at Phil’s graduation from the Chaplain Basic Officer Leader Course (CHBOLC).

Escorted to my seat, I reviewed the program.  I looked for Chaplain Persing’s name, customarily listed in alphabetical order.  It wasn’t there.  Initially, wondered if there was a mistake, or worse.  Then I glanced to the top of the list.  Under the title: “Honor Graduate,” was Phil’s name.

The ceremony proceeded; speakers spoke, awards were presented, and the event concluded.  The class of newly graduate Army chaplains filed out forming two-ranks through which attendees would pass.  At the end of the sidewalk stood Phil next to other recognized graduates, most of them prior military, some highly decorated.  As I took his hand, I said, “Why didn’t you tell me?”  He replied, “Somethings are best left unsaid.”

Not only did Phil “check-out” in chaplain school, but he immediately “checked-in” to his first assignment at Fort Hood.   Following is his first family newsletter:

Hello from Fort Hood, Texas, where time seems to be flying by! The last several weeks have been filled with activity and intense preparation for the coming days. God has been consistently proving His sufficiency for our family as we are experiencing His blessings and finding He provides just what we need at exactly the right time. We hope that you are seeing evidence of His gracious love at work in your life today as well. 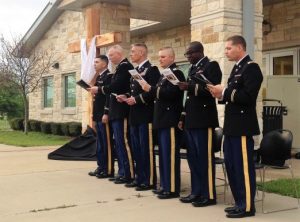 April began with Fort Hood celebrating Jesus’ resurrection in a garrison-wide Easter sunrise service. Chaplains from the many on-post chapels came together to proclaim the hope we have over sin and death. Pray for the many in attendance who heard the gospel that day!

Several days later, Phil officiated and preached at a memorial ceremony for a young Soldier in his unit (apparent suicide). While we thank God that the service accomplished the chaplain’s sacred duty to “honor the fallen,” it was a sobering reminder of the struggles that all too many Soldiers are facing these days, and of the urgency to bring them a life-saving message of hope that all people need to hear and trust.

On April 19-20, Phil joined his squadron on an intense 28-hour long event called a “spur ride.” It’s a voluntary cavalry tradition that involves strenuous PT challenges, land navigating and ruck marching over 25 miles through the woods, conducting a simulated “night raid,” and memorizing significant dates and facts from the history of the 3d Cavalry Regiment. For surviving this ordeal, Phil was awarded his silver spurs (yes, it’s a set of spurs to be worn on uniform boots. Who knew?).

Our whole family has had its share of excitement this month. Our oldest boys recently designed and raced cars in the AWANA Grand Prix. Out of 21 racers, Gabe and Jack took home first and second place! The on-post AWANA program is soon ending for the summer. When it kicks off again in the fall, Beckie will be taking a leadership position in the “TnT” group (3rd-6th graders) — a position to which she thankfully brings much experience and expertise.

In late April, we were blessed with the opportunity to gather with some old friends for a week’s vacation near Branson, Missouri. It was a refreshing opportunity to see a part of the country we’d never previously visited, and to spend some time relaxing with loved ones.

This was especially important for our family, as we are gearing up for Phil’s deployment.The deployment plan will involve Phil ministering to Soldiers on mission in the Middle East. While there, he will be leading the morning worship service every Sunday, teaching a Thursday evening Bible study, providing counsel and pastoral care for Soldiers, and advising the command on issues that arise. The current schedule (which has undergone some changes, and could always change again) has Phil returning to Fort Hood in the fall.

Your prayers are certainly treasured during this deployment. First and foremost, thanks are due to God for calling us to a God-sized task for His glory– there is no better place to be than serving Him in the way He directs and equips.   Please remember to pray for the Soldiers’ safety, success in the mission, the salvation of souls, godly wisdom for the leaders, and the overwhelming assurance of God’s presence and peace for our entire family during the months to come.

With Trust in Him and Love for You, 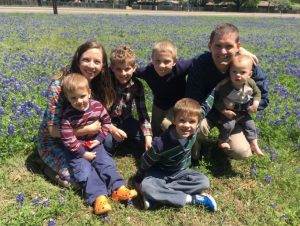 God reigns over the nations;
God sits on his holy throne. The princes of the peoples gather as the people of the God of Abraham. For the shields of the earth belong to God; he is highly exalted! “