So, How’s That Working for You? 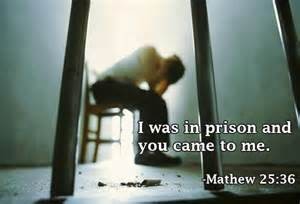 “Jose was affiliated with the Mexican Mafia and had a life sentence in the California Department of Corrections and Rehabilitation. After being validated as a member of the mafia he spent a number of years in the SHU (Segregated Housing Unit) i.e. solitary confinement, to ensure that he could no longer hurt other inmates.

After many years in the SHU he came to realize the futility of his chosen life style, and he met Jesus as his savior. After much soul searching he decided to drop out of the Mafia, and he was released from the SHU.

In a facility with other inmates, and able to go to chapel services and programs, he grew in his faith and began to have a witness to other inmates. During his free time, he would go out onto the exercise yard and share Jesus with other inmates and give them a gospel track.

One day, after praying for the Holy Spirit to guide and use him, he went outside and looked around. He saw a man by himself, and it seemed like the Holy Spirit said to share with him. So, he went up to him, smiled and held out the track, saying, “I’d like to give you this track.”

The response was a grunt, followed by a question: “What’s that?” He replied, “It’s a track that tells about Jesus.” The man grunted again and said, “I’m a Satanist,” and Jose replied immediately, “So, how’s that working for you?”

The man responded, “What do you mean?” And, Jose replied, “Jesus died for my sins, and gave me forgiveness, he gave me a new life, he restored my relationships with my sister, my mom and my dad, and he has given me a reason for living and a hope for the future. What has Satan done for you?”

The inmate just stared at Jose, and Jose handed him the track and said, “We have a great pastor and awesome worship services. We would love to have you come and join us.”

Chaplain Brown doesn’t know what happened to the self-confessed Satanist, but he does know that a man sentenced to life in prison has already begun to experience “eternal life” here in prison!

If you sense God’s leading into prison ministries, at the local, country, state or federal systems, you will need training and endorsement.  Contact Andy Meverden, CBAmerica’s Director of Chaplaincy for information and guidance on how you might pursue your calling.