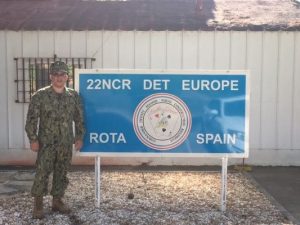 This last quarter has been the greatest blessing for me as a chaplain. In August of 2016, I was given the opportunity to guide the Warrior Transition for Naval Mobile Construction Battalion* (NMCB) 133 in Rota, Spain.

This afforded me the opportunity to meet my new RP (Navy Religious Program Specialist/Chaplain Assistant) and spend quality time mentoring him and leading him; as well as having the chance to influence 300 battalion members. 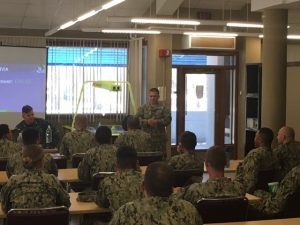 Throughout the course of the two weeks in Spain, I was able to share character building concepts, advice, stories and Scripture to the many members of NMCB 133 who were preparing to return from their arduous deployment. I was also able to help encourage NMCB 133’s own chaplain and assist him in his ministry.

It was an even bigger blessing to go to Gulfport, MS and see NMCB 133 members after they returned home and follow up with them to see how well they had reintegrated with their families. I’m happy to report that there have not been any major incidents upon return. I would call that Mission Successful!

In the civilian ministry with the Fire Department, we have continued to see an uptick in firefighter suicides in the region. This has been such a concern to me and another chaplain that we have started a Support Network Group to help reach out to those who are hurting. Pray that this ministry will continue to expand and we can offer help before it becomes too late.

Also earlier in December, the department suffered a loss when one of our firefighters lost his daughter. It was a call that had a lot of impact on the firefighters. I was able to arrange a GoFundMe campaign to assist the family, and another friend and I were able to provide other ministry during this time. 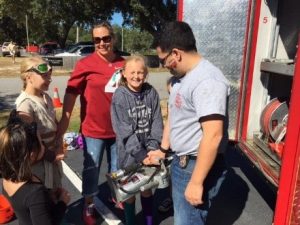 Doing CPR on someone so young is never good. Continue to pray for ministry opportunities to the family and other firefighters as issues may creep up for the weeks to come.

For more stories of chaplains endorsed by CBAmerica, go to www.cbamerica.org/chaplaincy