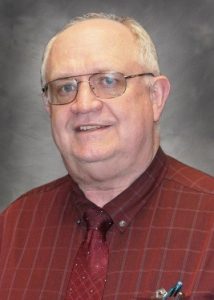 Gary Cowden is the Chief Chaplain at the Puget Sound VA Medical Center in Seattle, Washington. In addition to his supervisory duties, he focuses on some of those experiencing the greatest battles; PTSD, moral injury, and spiritual oppression.  In his recent ministry report he described two of his greatest blessings: one with a young Vet, one from the Vietnam Era.

Did you catch that simple reference to extreme spiritual warfare? Some things can’t be described in detail, and Gary is not one to sensationalize. He does battle, assesses the progress, and gets back onto the battlefield. Some battles wage long and hard, like below.

Chaplain Cowden, like many of our CBAmerica chaplains, do battle daily for the souls of men and women who serve or have served in our nation’s Armed Forces. Some wounds, like lost limbs and telltale scars, are obviously traumatic; others are invisible.  The horrors of war often produce injuries to the mind, soul, and spirit. These are equally traumatic.  The providers of healing of moral and spiritual injury must be skilled pastoral counselors who can treat matters of the heart, soul, and spirit.

Thank you to those who pray for our chaplains. This report is testament to God hearing and answering your prayers for spiritual wisdom, courage, and power.  It reminds us that “He who is in you is greater than he who is in the world.” (1 John 4:4 NKJV)

For more stories of God working in and through CBAmerica chaplains, go to www.cbamerica.org/chaplaincy.